Cryptocurrencies are no longer a new concept. In the past decade, Bitcoin has been the most well-known cryptocurrency and reached a value of close to $20,000 per coin in December 2017. Since then, many other Altcoins have emerged with the goal of reaching Bitcoin’s level of success. One of these Altcoins is Dogecoin, which was created as a joke in 2013 but has since seen a surge in popularity. So, could dogecoin reach bitcoin level of success? Let’s take a closer look.

Based on the popular “Doge” meme, Dogecoin was created as a joke but has since seen a surge in popularity. Currently, there are over 112 billion Dogecoins in circulation with a market capitalization of $342 million. That’s small compared to Bitcoin’s market cap of over $1 trillion. However, supporters of Dogecoin believe that it has the potential to grow even larger.

What Makes Dogecoin So Popular?

One reason for Dogecoin’s popularity is that it’s very affordable. At the time of writing, one Dogecoin is worth $0.058 compared to $58,332 for one Bitcoin. This makes Dogecoin more accessible to more people who may be curious about investing in cryptocurrencies but are intimidated by the high prices of some coins. Furthermore, because it was created as a joke, Dogecoin has cultivated a community that is friendly and welcoming to newcomers. This can be seen in the many social media groups devoted to discussing all things Dogecoin, where members regularly interact with each other.

It’s difficult to say whether or not Dogeoin will ever reach Bitcoin’s level of success. While it has grown significantly since its inception and has a large and loyal community supporting it, there are no guarantees in the world of cryptocurrency investing. However, if you’re thinking about getting into the cryptocurrency game, do your research and maybe buy a fewDogecoins—you never know where they might end up! 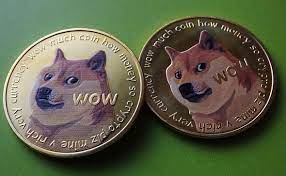 There is no doubt that Dogecoin has the potential to grow and reach Bitcoin’s level of success. With a solid community behind it, affordable value, and unique features, there is plenty to like about this popular cryptocurrency. Whether or not it will actually achieve Bitcoin-like success remains to be seen, but for now, Dogecoin looks like an exciting investment opportunity worth exploring!

Despite the fact that Bitcoin has been around for several years, it is still a new technology and concept to many people. Some people may not be able to fully grasp how this exciting digital currency works or why it could be valuable in the future. However, one area where there is no doubt about its potential value is Dogecoin. This relatively new crypto-currency has experienced phenomenal growth over the past year, and it may even have what it takes to reach Bitcoin’s level of success.

Dogeoin has come a long way since it was first created as a joke in 2013 but it still has a long way to go before it reaches Bitcoin’s level of success. Nevertheless, its affordable price and friendly community make it an enjoyable coin to invest in, and watch grow. Who knows—maybe one day, we’ll all be trading in our Bitcoins for Dogecoins!